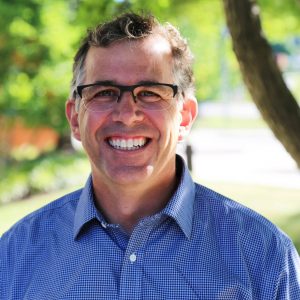 Dr. Fogelson was raised in the Northern Chicago Suburbs. He received his Bachelors in Biomedical Engineering from Johns Hopkins University in 1988. He earned his medical degree at the University of Maryland School of medicine in 1995. He completed his residency training in Obstetrics and Gynecology at Sinai Hospital of Chicago in 2000. He is board certified by the American Board of OB/GYN and a Fellow of the American College of Obstetricians and Gynecologists. He is married to a Board Certified Radiologist and they have two grown children.
In his spare time Dr. Fogelson is always tinkering. He is a self-described tech “nerd” who loves to fix old cars, surf, wakesurf, run, and kiteboard. His happy place is at the hospital delivering babies and at his shore home in Essex.