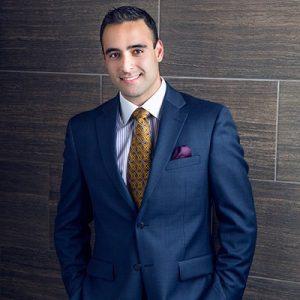 Gabriel Del Corral, M.D., the region’s most experienced reconstructive microsurgery specialist and the exclusive plastic surgeon for Medstar Plastic and Reconstructive Surgery for the Medstar Baltimore North Region. Dr. Del Corral is Assistant Professor of Plastic Surgery Medstar Georgetown University Hospital and the Director for the Medstar Center for Gender Affirmation. Dr. Del Corral has been recognized for his advanced techniques and abilities throughout his career. Today, Dr. Del Corral performs over 400 breast surgeries per year and over 200 gender surgeries per year. Dr. Del Corral also performs several “ second opinion’ consultations every week. He also uses the Enhanced recovery protocol (ERAS) to ensure his patients can return to their normal activities as soon as possible. Experienced surgeons provide an added level of comfort and safety. Dr. Del Corral has also a special interest in gender affirmation surgery. Dr. Del Corral has spent time visiting several centers from around the world in the US, Canada, Amsterdam and Belgium. Dr. Del Corral has also participated in several WPATH sponsored courses. Dr. Del Corral uses the most advanced techniques available today to help you achieve a look and feel so natural, only you will know. Explore our state-of-the-art procedures.

Dr. Del Corral is a native of Panama City, Panama. He is fluent in both Spanish and English. He attended medical school at the Universidad Autonoma de Guadalajara and graduated among the top of his class with honors. Dr. Del Corral completed his general surgery training at Lankenau Hospital Center within the Thomas Jefferson Health System, and is double board certified by the American Board of Surgery and the American Board of Plastic Surgery. He completed a plastic and reconstructive surgery fellowship at Vanderbilt University Medical Center. In a pursuit to learn the most advanced techniques in breast, lower extremity and head and neck reconstruction, Dr. Del Corral completed a microsurgical fellowship at the University of Pennsylvania. Over these years, he had the opportunity to work and train under the most prominent authorities in aesthetic, reconstructive and gender surgery.